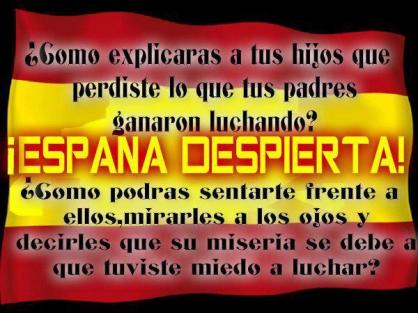 Terrible crimes were committed during and after Spain’s 1936-39 civil war that no court has yet examined or judged. No one knows how many people were taken away, tortured and murdered. Now, one of Spain’s top investigating magistrates, Baltasar Garzón, is on trial for daring to open an inquiry into those atrocities.
Related News

Spain is now a vibrant democracy, but Judge Garzón’s trial, which opened last week, is a disturbing echo of the Franco era’s totalitarian thinking. He faces criminal charges that could suspend him from the bench for 20 years for defying an amnesty enacted in 1977 to smooth the transition to democracy. He rightly counters that under international law, there can be no amnesty for crimes against humanity and that unsolved disappearances — thousands of mass graves are unopened — constitute a continuing crime.

In 2008, Judge Garzón briefly began an official inquiry, ordering the opening of 19 mass graves and symbolically indicting Gen. Francisco Franco and several former officials, none still alive, for the disappearance of more than 100,000 people. An appellate court shut the inquiry down. The next year, two far-right groups brought criminal charges against the judge for defying the amnesty law. The government’s prosecutor argued that no crime had been committed, but the Supreme Court accepted the case.

Separately, Judge Garzón faces criminal charges for rulings in two other politically charged cases. We cannot judge the merits of these. But criminal prosecution of magistrates for their rulings is rare in Spain, and could chill judicial independence.

politicians. His powerful enemies now see a chance to end his career.

Judge Garzón is undeniably flamboyant and at times overreaches, but prosecuting him for digging into Franco-era crimes is an offense against justice and history. The Spanish Supreme Court never should have accepted this case. Now it must acquit him.
Enviado por Olimpio el 05/02/2012